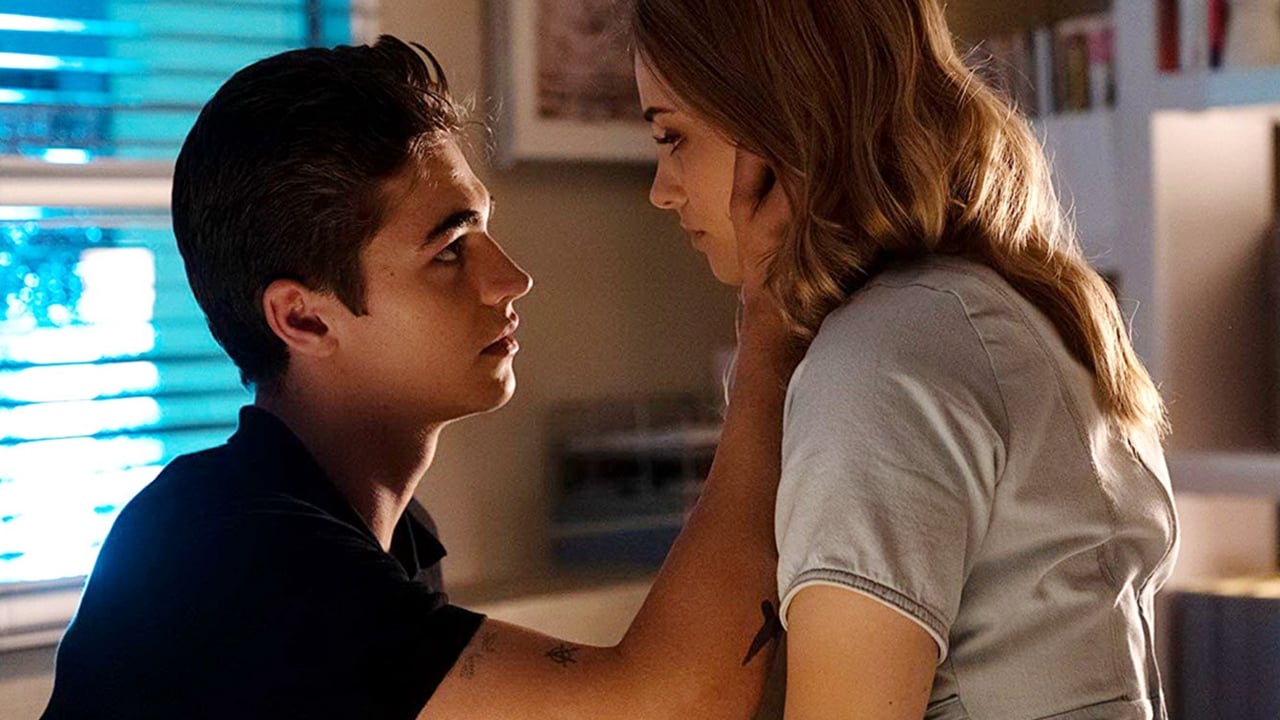 Tessa (Josephine Langford) was in shock when she found out that Hardin (Hero Fiennes Tiffin) was only dating her because of a bet. It was a month ago and Tessa is determined to leave the chapter behind and avoid any contact. So it is a good thing that she got an internship at a major book publisher and can now look after her professional dream. It starts to be turbulent, she rattles with her new colleague Trevor (Dylan Sprouse), and before she knows it, she’s at a lavish party with lots of important people. But then suddenly Hardin stands in front of her and all the suppressed feelings gain the upper hand again…

While the reviews have been devastating, After Passion has been a notable hit at the box office. Almost five times the budget was brought in again, in Germany alone around a million people were in the movie theaters to follow the love story between the girl from a good home and the bad boy. The target audience was less bothered by the fact that a number of cliches were being burned up. Here one could still dream of a great, albeit very dramatic love that will change both forever – if they allow it. And since in such a case everyone prefers to stand in their own way, the whole thing ended in such a way that a sequel was urgently needed.

Now After We Collided is there, called After Truth in German and seamlessly picks up where the first part left off. The start is comparatively pleasant when the film plays with its own interchangeability and openly admits that it tells the same story as everyone else. Unfortunately, this admission is cashed in again. It is also annoying again that you are close to the great classics of literary history, including the Brontë sisters and Jane Austen, perhaps in the hope of appearing more cultivated than you are. Of course, this has nothing to do with highly intellectual reading. Rather, it is the adaptation of Anna Todd’s book series Regarding the script, one of the biggest cheekiness you can do this year.

At times it looks like After We Collided actually represent an improvement over the first. There are some sweet moments with the fickle couple, when, for once, there is no attempt to problematize everything. In addition, the cynically distant Trevor is a real asset to the character ensemble, as he is actually funny. There are also reasons to laugh in the scenes in which he cannot be seen. Unfortunately, almost all of this is involuntary comedy when horrific dialogues stifle any belief in humanity. Whereby the passages without dialogue are not really better, because they are always beaten to death with music for fear of silence. It feels like you can be prepared every five minutes that there is a threat of some power pop irrelevance or heartbreak ballads.

It is really painful, however, how Todd, who together with Mario Celaya converted the novel into a screenplay, treats the audience with unnecessary escalations and coincidences brought up by the hair. Of course, compromising messages are always received when only the other person is alone with the cell phone. There are ambiguous situations in After We Collided that are so stupid that one wonders how the characters even survived infancy. Everyone behaves arbitrarily anyway. And when nothing helps, a trauma is pulled out of the hat again or a dramatic escalation is attempted, for which one would have to be ashamed even as a complete beginner.

After all: Hero Fiennes Tiffin, who was doomed to try hard to look cool the first time, is allowed to exercise his facial muscles extensively here and become unexpectedly hysterical. “Don’t be so melodramatic, Hardin,” his mother says to him at one point. “Yes,” you want to call after her. Plus there’s more of his body to see, After We Collided is very wicked in several places, more than last time, without wanting to be too explicit – after all, you don’t want to overwhelm US teenagers. So if you just want to see a pretty couple who take turns caressing and yelling at each other, you will have ample opportunity here, as soap opera meets afternoon trash TV. However, this has nothing to do with actual people or feelings. The chance to really take a stand in such a toxic relationship is of course not used. Because that wouldn’t be romantic – or what Todd wants to sell as romantic.