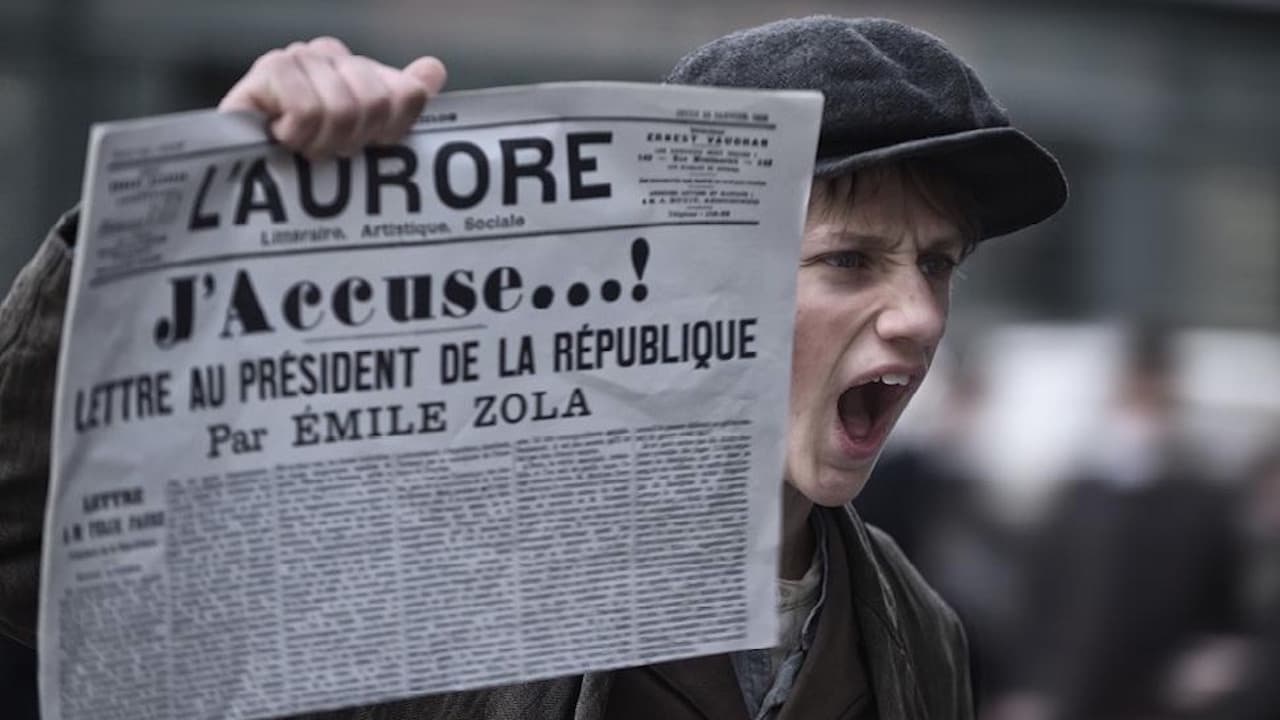 An Officer and a Spy

Alfred Dreyfus (Louis Garrel) is a traitor who has passed on military secrets. A court decided that, supported by the statements of a graphologist who examined the incriminating letter. In addition, Dreyfus is a Jew, the only one on the entire French General Staff, and is therefore fundamentally suspect. But then Marie-Georges Picquart (Jean Dujardin) for indications that the conviction was illegal and the evidence extremely poor. When he turns this to his superiors, however, they are anything but enthusiastic. After all, they were quite happy to have someone to blame. And if it were up to them, the case should kindly stay closed and Picquart stay out of everything…

Can you separate a person from their art? This question is almost inevitable when it comes to Roman Polanski’s latest film An Officer and a Spy. Not only that his rape allegations, which became topical again in the course of #MeToo, already makes the mere preoccupation with the director a political issue. Can you invite someone like that to an important film festival like Venice, where the drama was in competition? Is it allowed to report on such a film? Can you even think it’s good? The historical drama was particularly angry because Dreyfus’s prejudice was interpreted as a parallel to Polanski’s own condemnation, so the filmmaker, so to speak, staged himself as a victim, represented by the soldier.

However, this staging of a victim is definitely effective, regardless of any implications. An Officer and a Spy shows how a person is oppressed by others in multiple ways. You don’t even have to like the unapproachable, unlikely figure to be shocked. Even everyday life as a Jew in the army is characterized by hostility or at least discrimination. And he didn’t have to hope for the rule of law anyway, for various reasons it didn’t exist for him. Polanski does not hold back with his opinion at this point: He shows the entire chain of responsibility, be it the military, the judiciary or even scientists, as corrupt pomposity, for whom this story is about completely different factors than justice.

This is a bit intrusive in some places: Polanski doesn’t even try to portray the opposite side in any way. There are some who are more caricatures than real characters. Whereby An Officer and a Spy also tends on the “good” side: In his role as defender, Melvil Poupaud shows an unprecedented tendency towards overacting, which sometimes becomes grotesque. It is possible that this should bring a little more liveliness to the last third, when the shocking revelations are over and the film turns into a judicial drama. In terms of content, hardly anything is moving at these points, one is actually just waiting for a word of power to be finally spoken.

where An Officer and a Spy has a lot to say. Many should have heard of the Dreyfus affair. However, little is likely to be aware of what exactly happened back then and how big this scandal actually was. But the story is bigger than the individual fate, as terrifying as that was. Polanski shows how easily the rule of law could and still can be overturned: If laws are interpreted in any way in order to be able to follow one’s own agenda, then that is a warning against the fascist tendencies that occur even in established democracies like the USA can. Before the law all are equal? Only those who belong to us see the CIA torture methods exposed in The Report.

Even if An Officer and a Spy is ultimately a portrait of the time and shows a Europe at the end of the 19th century, when anti-Semitism was picking up speed, the film has many timeless qualities. Even if the outcome of the story is known, the famous newspaper article by Emile Zola, which is also quoted for the original French title J’accuse, has become a must for historians and Romanists, the drama still has an urgency that can hardly be avoided. There was also a tension that Polanski’s last film After a True Story was completely lacking. If you can separate art from people, you should give the film a chance, the content at least deserves it.