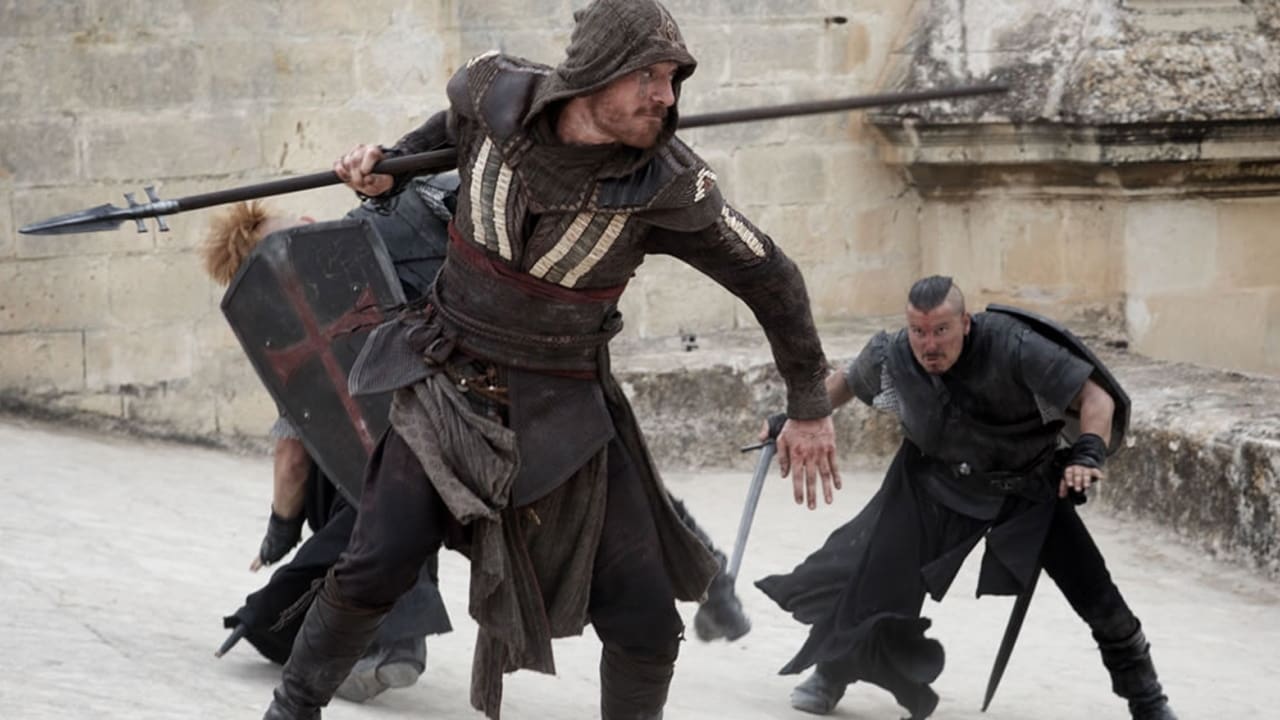 Your destiny is in your blood.Dec. 21, 2016United States115 Min.PG-13
Your rating: 0
6 1 vote
ActionAdventureScience Fiction
what going on?

Callum Lynch (Michael Fassbender) is an executed criminal that an organization called Abstergo, using a new genetic tracking technique, will use to explore the memories of his ancestor Aguilar de Nerja, a member of a secret society of assassins who lived in the Spain of the century XV.

Shortly after collaborating on a version of William Shakespeare’s “Macbeth,” director Justin Kurzel and performers Michael Fassbender and Marion Cotillard met again on “Assassin’s Creed,” an adaptation of the popular video game of the same name.

Fans of the game may enjoy its sallow atmosphere with a taciturn tone, occasionally with a claustrophobic feeling; of martial arts action; of joy in pseudohistorical recreation with place for uchrony and anachrony. The others will be immersed in a chaotic scenario of a timeskip with a conspiratorial basis a la Dan Brown and a vague fantastic philosophy, which uses propaganda and false medieval myths about black legend; of a laughable, childish, portrait of conflict, where some are the sea of ​​good people, who fight for freedom, and others cannot be more evil and repressive, let alone if the Inquisition already appears in the middle. Of course, all the sea of ​​violent.

The epic is reduced by the low complexity of plot and characters, and by its apparent cheap bill, although neither the pompous beautician gloating nor the poster imagery is lacking.