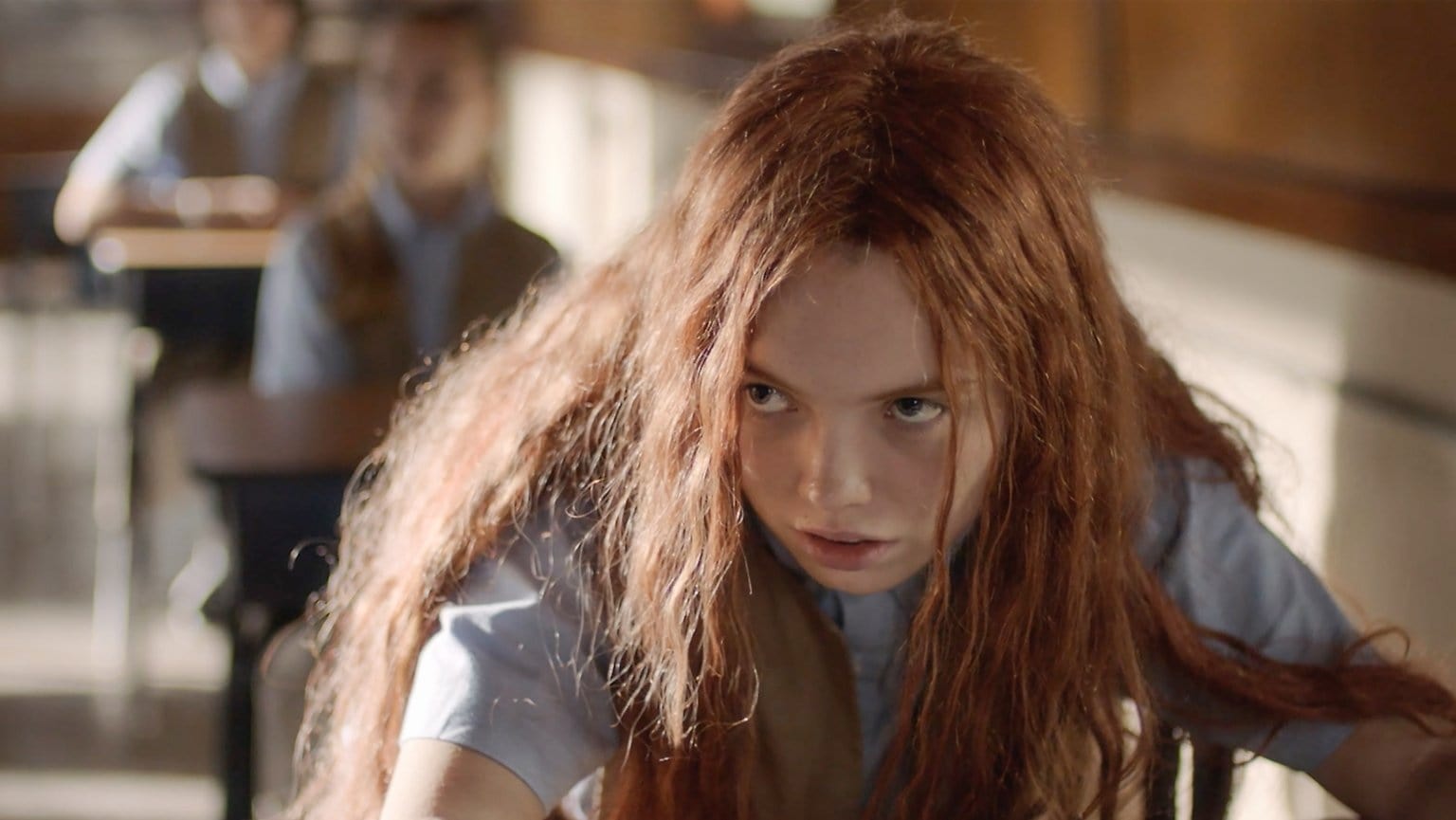 Teenage girl Darlin’ (Lauryn Canny, Amber) is admitted to hospital after being hit by a car. It is completely filthy and behaves like an animal. She cannot speak and when approaching she lashes out. Since nobody knows what to do with the tomboy, the young person is deported to the nearest Catholic girls’ home. The responsible bishop (Bryan Batt, Mad Men) sees all kinds of opportunities in the taming of the girl and wants to form a full member of society out of her. But then he did the math without the equally wild mother (Polyanna McIntosh, The Walking Dead). She is already looking for her runaway offspring…

Even if Darlin’ is in some ways a continuation of the films Greed and The Woman, you don’t need to have seen any of the previous films as a viewer, because the film directed by Pollyanna McIntosh stands very well on its own. Since McIntosh had already directed a short film, producer Andrew van Houten ultimately offered her the chance to sit in the director’s chair on Darlin’ and write the script. Nonetheless, the main focus for McIntosh was the opportunity to further explore the character of the wild woman and her world. The result is a film that, like in a certain way The Woman, as critical of civilization and also takes a critical look at the position of the church as a savior, whereby the film sometimes gets lost in its many themes and concepts.

Unlike in the previous film, it is no longer McIntosh’s character who is to be civilized, but Darlin’ played by Lauryn Canny, whose origins lie in civilization. This brings an interesting dynamic into the development of her character, as she always stands between both aspects, nature and civilization in her are in conflict. In particular, the concept of the fall of man plays a role here, one of the first lessons that Darlin’ has to endure in a process of civilization controlled by the institutions of church and school as well as the fear of one’s own nature and what excesses it can assume.

As in The Woman, women are either outsiders or the elements that need to be “civilized” and controlled. Your initiation is controlled from outside in a morally as well as humanly questionable need to confirm your own superiority or the values ​​you represent. Interestingly, these aspects are not negotiated solely through the character played by Lauryn Canny, but also through their classmates as well as the sisters at school, some of them “converted sinners” who sought a way out of their previous life in religion, but in church encountered another instance of exploitation.

If McIntosh’s film were to remain on this level, it would not get lost in the second half in unproductive, feminist-tinged references that slow the film down and seem rather unnecessary overall. The encounter of the wild woman she played with a group of homeless women, for example, seems very artificial and the film doesn’t really know what to do with this development either.

You can watch Darlin streaming online here, or find the cast or characters or other information of this movie. The Darlin movie streaming is free here and you don’t need to pay for Netflix, just choose the video source and click to watch Darlin full movie.