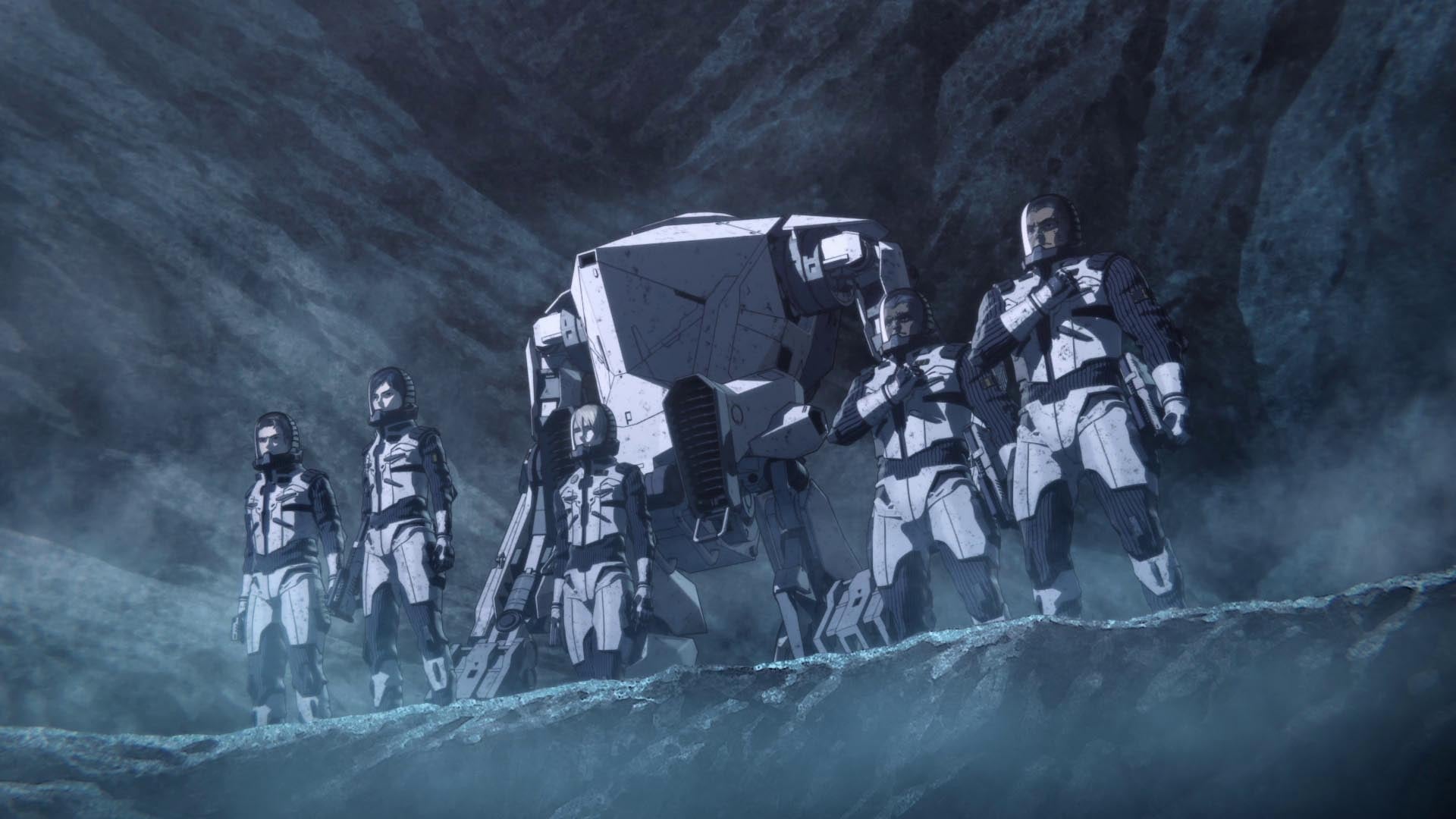 Godzilla: City on the Edge of Battle

The last hope of mankind Mechagodzilla, is activated.May. 18, 2018Japan105 Min.TV-14
Your rating: 0
6 1 vote
AnimationScience Fiction
what going on?

For a moment it looked as if after their 20,000-year-old exile the humans had actually triumphed over the mighty being Godzilla, who now rules the earth. But far from it, shortly after the supposed victory, they find themselves at the mercy of an even larger version of the lizard. Many have to pay with their lives for this error. But Haruo Sakaki was lucky, at the last moment he was saved by Miana, a member of an indigenous tribe who lived in secret. It is also the Houta who give the returnees from space the idea of ​​how Godzilla may still be destroyed: with the help of so-called nanometallic, which has very special abilities.

The idea actually sounded obvious and promising: The Japanese monster Godzilla would appear for the first time in anime form, based on an idea by Gen Urobuchi , who is known for dark science fiction works such as Psycho-Pass and Expelled from Paradise . In addition, the film trilogy should be a collaboration between the Godzilla inventors Toho and Netflix . That promised a lot of expertise and enough money to do justice to the company. But the attempt at Godzilla: Planet of the Monsters was really convincing Not. The feedback from fans was mixed, at the Japanese box office the film was even a bitter disappointment – especially in comparison to the previously started blockbuster Shin Godzilla .

In the second part, Godzilla: City on the Edge of Battle, expectations were lower from the start. Nobody in the land of the sun wanted to see the film, thanks to the American streaming giant, the rest of the world now has the opportunity to do so. The result is as disastrous as it is claimed in some places. Some points about the anime are actually quite interesting, as was the case with the predecessor. The science fiction components are emphasized here more than in most parts of the series, which now comprises more than 30 films. Spaceships, exile in space, these are just as appealing as the idea that Godzilla ruled the earth alone for millennia.

Combining this scenario with an indigenous people who live in secret and believe in a god who was killed by Godzilla also contributes to the fact that Godzilla: City on the Edge of Battle is no part like any other. Where the series is usually a mixture of action and disaster film, this is similar to classic adventure stories in which the heroes end up on deserted islands, see for example Kong: Skull Island . Only that this deserted place is located far in the future, mythology and futuristics go hand in hand here.

Unfortunately, one scenario is not enough to make the entire film interesting. And somehow Godzilla: City on the Edge of Battle with all the rest of it his problems to get something worth mentioning off the ground. For example, the fans are unfamiliar with how little action there is here. After the devastating end of the first part, the survivors first have to lick a few wounds and think about what to do next. This is basically okay, but implemented here in a less exciting way. For long stretches the characters just throw around pseudoscientific terms when they are not busy making life difficult for each other. Especially the religious Exif and the Houta can’t do that much with each other. Such conflicts already existed in the previous version, but were still connected with actual contentious issues.

Visually, the anime is very mixed again anyway. On the one hand, the ambience and the design of the world is right, which looks like a mixture of alien and traditional jungle adventure. You can also put up with the basically one-sided color design, which consists mainly of gray and blue tones. But it is disappointing how lifeless the world is in detail. The animation studio Polygon Pictures relies again on its own CGI expertise. It looks good as a still image too. The animations, however, are disappointing, the backgrounds are almost completely free of moving elements – especially with a computer-generated anime, a lot more is possible. The final battle also suffers from this slowness. At least, at the very end, even after the credits, there is a little present for fans, which makes them curious about the third and last part, which should be published at the end of the year.