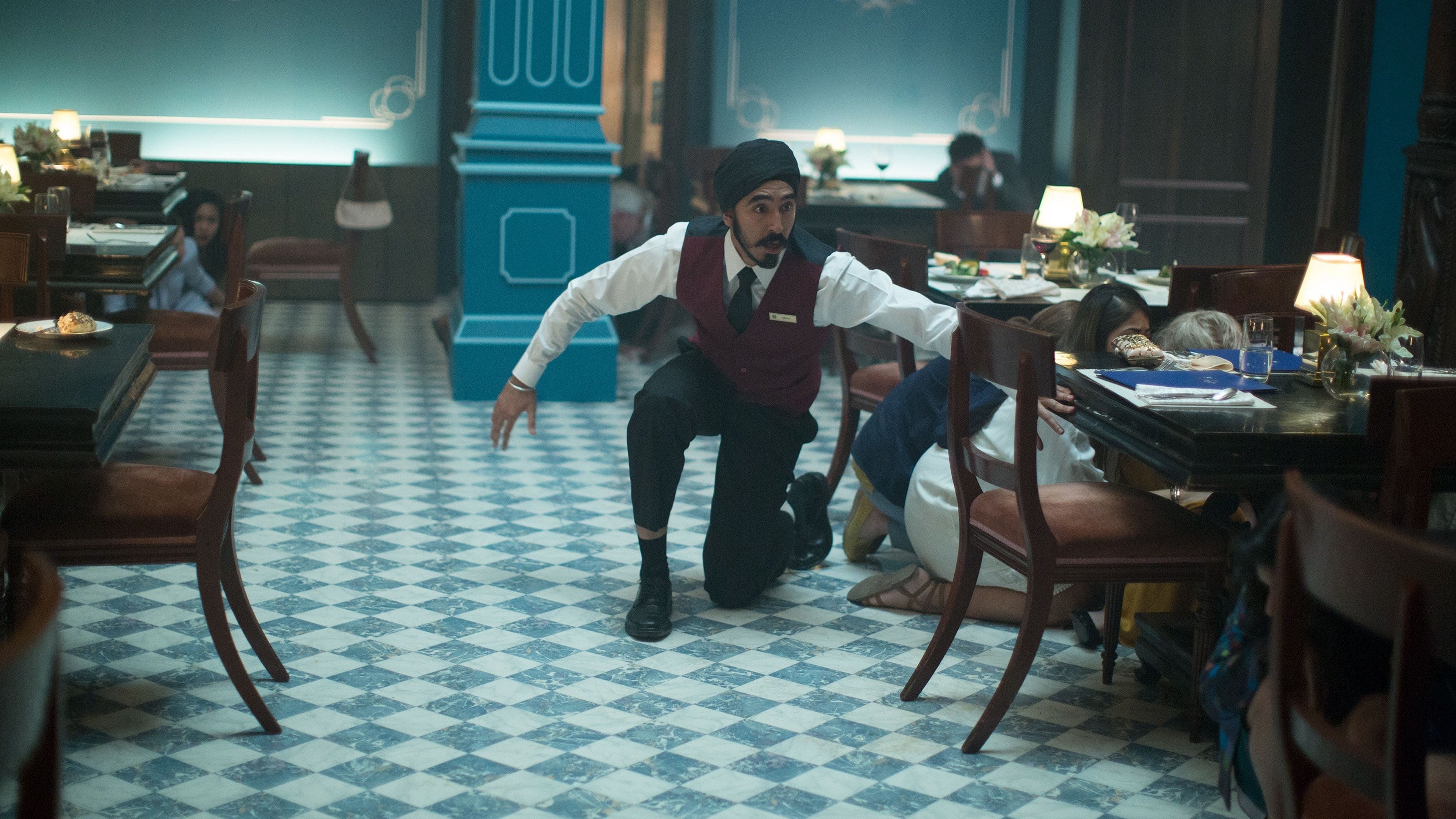 When the Islamist terrorists hunted down people in a large-scale attack across Mumbai, they only knew one goal: maximum suffering. One of the places they want to wreak havoc is the posh Taj Mahal Palace Hotel. Many foreign guests stayed there, including the American David (Armie Hammer) and his wife Zahra (Nazanin Boniadi). But that is not the only thing that the terrorists target. More than 500 employees and guests were in the hotel at the time of the attack. And if the fundamentalists have their way, hardly any of them will leave the building alive…

At least it feels like there’s a big massacre somewhere else every week. Whether it’s the regular shootings in the USA, the horrific attack in New Zealand, not to mention the constant tragedies in Syria – you don’t have to look for examples that show that people’s lust for murder does not seem to die down. At least as terrifying, however, is how quickly such an incident is forgotten again. While those directly affected are marked for a lifetime, the rest of the world is turning to a new catastrophe.

Perhaps Anthony Maras wanted to counter this oblivion when he filmed Hotel Mumbai. Place a memorial to the 174 people who lost their lives in November 2008 when a series of coordinated attacks left a bloodbath in the Indian metropolis. Or maybe he just wanted to entertain the audience and shamelessly took advantage of a real tragedy. Because the director and co-author did not stick to the guidelines on his feature film debut. Most of the characters, for example, are fictitious, only the cook goes back to a real role model.

One can find that questionable, perhaps even reprehensible. Hotel Mumbai, with its obvious Hollywood manipulations – of course, one of the protagonists must have a small child who is needed as a catalyst – is nowhere near as shocking as the highly controversial Utøya July 22nd. There the horror was so immediate and unadorned that it was hard to find a way out of the Norwegian massacre. It’s easier here, the international co-production is quite conventional in terms of implementation.

But she is also competent. Maras does not have the time to introduce the many characters who run through the hotel here in search of protection or victims. The guest embodied by Hammer, alongside a few others, is more representative of the masses. But he still manages to get a lot of tension out of the story. Contrary to what one should expect here, it is not clear from the start who will find his way out of the matter alive in the end. Hotel Mumbai has no problem making short work of suddenly disappearing established characters – one way or another.

Fortunately, the initial fear that the film would rest too much on white stars does not come true. Much more important for the story is Dev Patel (Lion – The Long Way Home), who embodies a unlucky, kind-hearted hotel employee. In general, it’s nice to have Hotel Mumbai that will be featured at the Toronto International Film Festival 2018 debuted, not only remembering the guests from the west, but also involving the staff. Because in the end they were victims too. The perpetrators, however, tend to remain unnamed. The thriller begins with them, but they can be seen again and again. The people behind them hide behind telephone lines and only give their inhuman, cynical instructions. That is then not particularly differentiated. On the other hand, Maras never made a film that was particularly thought-provoking. Instead, you should nibble your fingernails in the classic way, because of the tension as to who will make it out of the hotel.

We gather the Hotel Mumbai movie resource from the internet. You can watch Hotel Mumbai streaming online here for free, or find the cast or characters or other information of this movie. You don’t need to pay for Netflix or Hulu or HBO, just choose the video source and click to watch Hotel Mumbai Full movie or trailer.