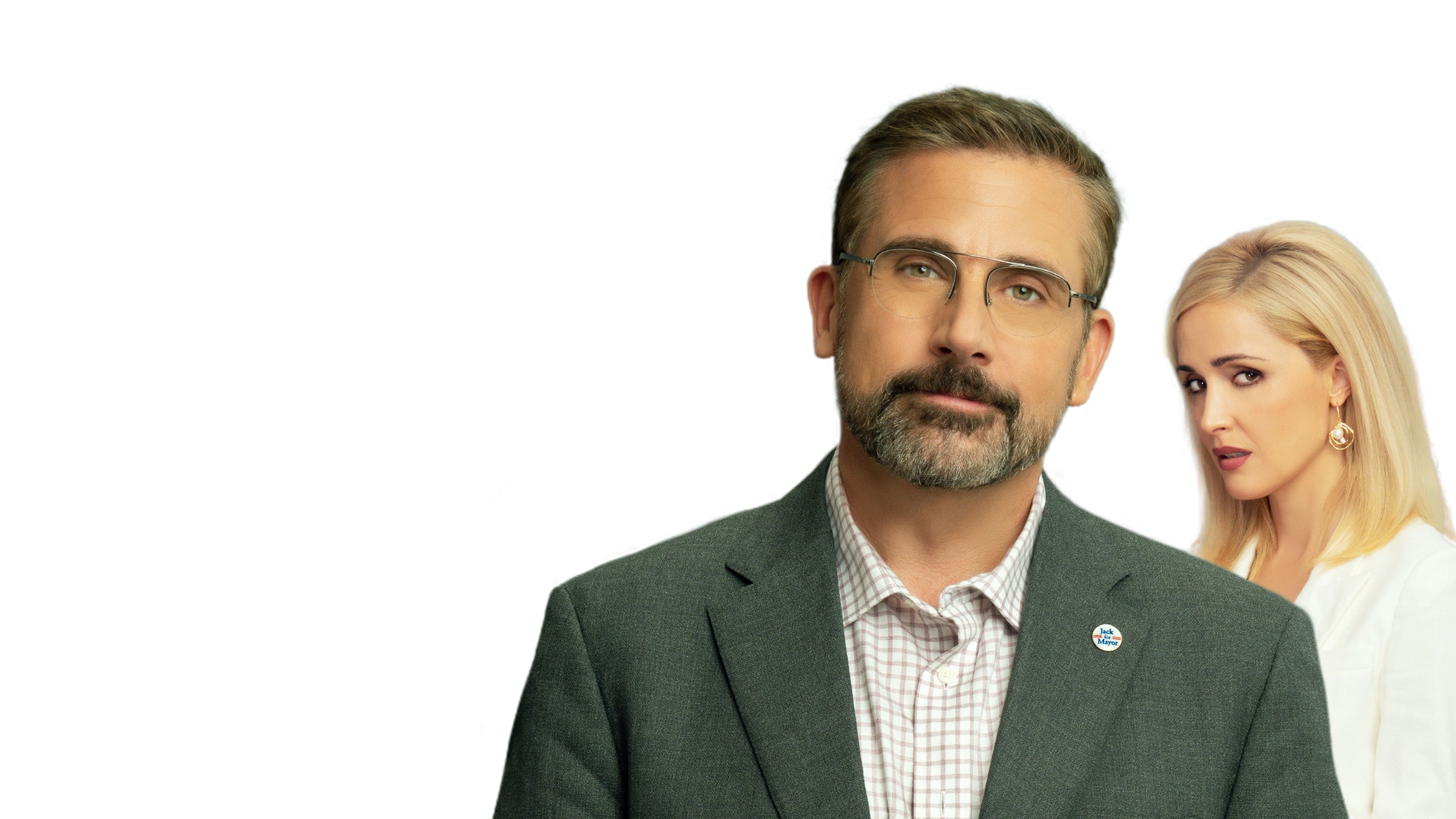 When the Democratic National Committee’s top strategist Gary Zimmer (Steve Carell) sees a video of retired Navy Colonel Jack Hastings (Chris Cooper) defending the rights of local undocumented workers, he immediately believes he has discovered the key to recovering to the voters of the deep America. With that idea in mind, Gary decides to make a surprise visit to the Hastings farm in the country town of Deerlaken, Wisconsin to persuade this retired and politically unconvinced Marine to run for mayor. To do this, Gary relies from the beginning on Jack’s competent daughter, Diana (Mackenzie Davis) and his team of enthusiastic and inexperienced volunteers. But when the Republican National Committee strikes back by sending Faith Brewster (Rose Byrne) – his brilliant nemesis – to fight for mayor, Gary will be forced to put all the meat on the grill. With Gary and Faith measuring their strength, what started as a local race quickly jumps into the national political arena, turning into a hilarious showdown to conquer the soul of America. (UNIVERSAL PICTURES).

In the satirical line of others such as La Cortina de Humo or El Último Voto, the film aims to show us the backroom of the North American elections, with its bipartisanship, with the corruption of the system, with its many goings-on and how far it is from what it really is. It matters, the people that politics should serve. The film is signed by the well-known presenter Jon Stewart, who has made an art of his way of telling the news. It is his second film as a director, and it is most curious that a biographical drama like Rosewater is better than a comedy like An Irresistible Plan that laughs at politics, the press and what surrounds this world, something with which Stewart struggles daily. However it has been less round…

And it is by no means a bad movie. An Irresistible Plan introduces us to a political analyst, charged with leading major Democratic political campaigns, who discovers a retired army colonel living in Wisconsin and who could be the image that the Democratic Party needs in the heart of the United States, for He sets out to lead his campaign to become the new mayor of the small, abandoned town of Deerlaken, a town that lost its nearby military base and is about to become a ghost town if someone doesn’t fix it. But, of course, nothing is what it seems, and when the Republicans send another strategist to win the election, the war will begin in Deerlaken.

Steve Carell is magnificent, and if you have a reason to see this movie, it is Carell, his humor, his charisma and his way of doing comedy with something as simple as going up or down a suitcase by stairs. Or eat some green beans. Having people like Chris Cooper, Rose Byrne or Mackenzie Davis helps, as does the presence of supporters like Will Sasso or Brent Sexton. Despite this, the film always sins the same. When he proposes a really interesting idea, he leaves to tell us what we have seen too many times already, and not a great cast is able to bridge those gaps, honestly. It is dismantled for not risking.

When Stewart introduces the character of Debra Messing, there he has much more interesting to tell than what he narrates, or with the peculiar financing of the parties. Or with the way we tell the news… Always a foot apart and always out of reach. The film is effective and makes you laugh, if you are American or interested in politics. If not, you may not be interested. And it is also patronizing. Unable to trust us to realize what he wants to tell us and satirize, a character tells us step by step, in case we got lost. It could have been a great satire, and it remains a good satire. It complies, but it does not reach the marrow.