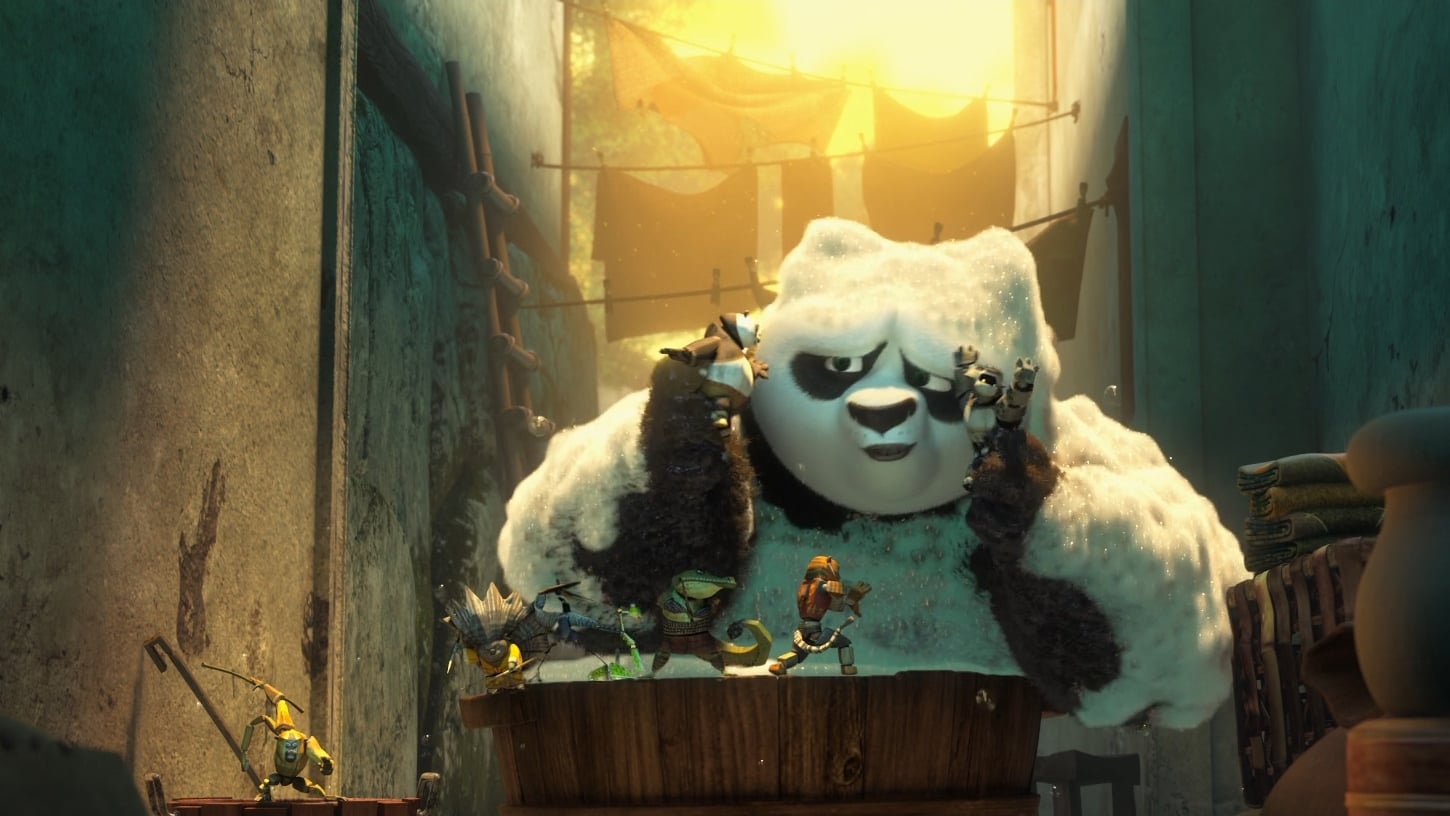 Grab destiny by the rice dumplings.Jan. 23, 2016China95 Min.PG
Your rating: 0
8 3 votes
ActionAdventureAnimationComedyFamily
what going on?

The terrible Kai manages to return from the Kingdom of the Spirits where he was banished to take a carefully considered revenge. Crushing one by one the various kung fu masters from all over the country, Po quickly becomes the last bulwark against his Machiavellian madness. But the fact of having found his biological father pushes him to question his origins and to question his fighting skills…

After two successful parts and a television series which is already in its third season, it is quite natural that we find a new part of the adventures of Po on the big screen. Po is this panda, adopted son of a goose (but who believed until the end of his teens that he was his real father) who became an almost seasoned master in kung fu. Either one of the best possible pitches for animated adventures where humor holds as important a place as the action. Combining modern animation techniques with traditional Chinese designs, this new film is meant to be more mature, in the sense that it will be more than ever a question of philosophy and pedagogy here.

Because if our favorite panda continues to chain the floodgates at a frantic pace, this time he is subjected to an existential crisis. The arrival of his biological father as well as many other animals of his species leads him to question his own origins, and therefore who he really is. What could have been an intimate drama turns into an epic battle when the terrible Kai decides to return from the Spirit Realm to capture chi – that energy that exists in all of us and that any good martial arts saga should be. evoke at least once – of all the masters of the land, and thus dominate the world.

If we find all the ingredients that make the success of this Dreamworks production, from incessant jokes to spectacular fights, through secondary characters, the Five Cyclones, always so well exploited, we would have liked the writers to take some risks. By walking exactly the same paths as before, this episode, sewn in white thread, seduces if not surprising, amuses instead of exhilarating, and would even end up disappointing if it weren’t for this communicative energy. Feel good movie par excellence, designed to appeal to children and parents alike, “Kung Fu Panda 3” admirably concludes its first trilogy, having managed to keep its soul while infusing a minimum of novelties to avoid too strong an impression of already- seen. Nevertheless, if there is a new trilogy,