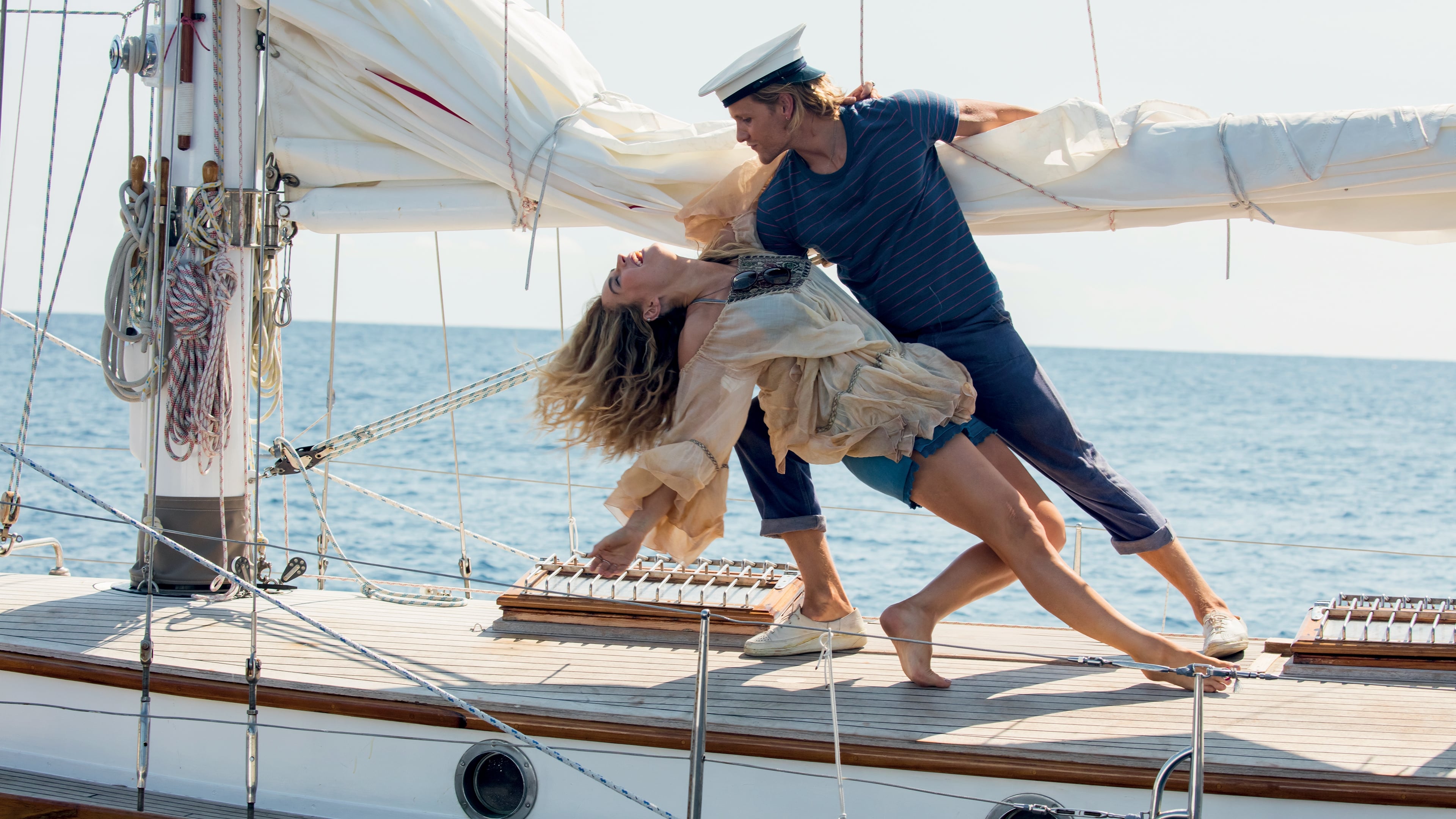 A few years have passed since Sophie ( Amanda Seyfried ) set out to find her biological father. The riddle was never solved, but Sophie still lives on the gorgeous Greek island of Kalokairi and promises to fulfill her mother Donna’s ( Meryl Streep ) dream of turning the run-down farmhouse into a hotel. The big opening ceremony is imminent. Among the guests who traveled there are Tanya ( Christine Baranski ) and Rosie ( Julie Walters ), her mother’s best friends, who tell Sophie about the adventures and wild romances of young Donna ( Lily James ).

After 10 years the sun is finally rising over the picturesque cliffs of the small island of Kalokairi. In 2008 Mamma Mia! , which is based on the musical of the same name, which in turn was cobbled around the biggest hits of the legendary Swedish band ABBA , the summer hit of the year and grossed over 600 million US dollars worldwide. The recipe for success was simple: a breathtaking landscape, timeless hits with catchy tunes and a bunch of sun-tanned, blond-highlighted superstars promise the perfect dream of an unforgettable summer love, which makes the audience sink longingly in the cinema seats.

Mamma Mia! Here We Go Again not only reproduces the successful pattern, but also the sea salt-scented atmosphere and hits the mark. It’s not just the recurring faces or the 40-year-old hits, in short: the nostalgia factor that defines the quality of the film. In addition to the popular classics, a few lesser-known ABBA hits have been added to the new soundtrack, but they are at least as exciting.

But above all, the second part works, which, unlike many other successors to successful cinema hits, doesn’t just smell like money-making, due to an innovative, alternating structure of prequel and sequel. Right at the beginning of the film, you learn that Donna has not been alive for a year. While Sophie is looking forward to a grand opening ceremony of the renovated hotel in memory of her mother in the present, you get to know the young Donna in the parallel storyline of the past, who with a university degree and without a plan or goal into the big, wide world pulls out. On the way to the enchanted Greek island on which she will spend the rest of her life, she meets three young, attractive men one after the other, who soon turn out to be younger editions of the possible fathers of their daughter.

But where is the woman everyone was waiting for and hoping for when the first report about a Mamma Mia! – Successor was spread? The great Meryl Streep, who embodied a spirited and unique Donna in the first part, is unfortunately only granted a brief appearance in the last few minutes. The whole story revolves around one topic: Donna. But you shouldn’t despair too soon. Because the extraordinarily talented Lily James ( Cinderella , The Darkest Hour) not only saves the day, but also the film. Her interpretation of the young, curious and impulsive Donna is convincing across the board. In every scene, the actress exudes an excess of professionalism, energy and radiant joy, so that her performance does credit to Grand Master Meryl.

Not only Lily James can convince as a youthful edition. Each new addition brings an individual, entertaining shade and thus contributes to the brightly colored total work of art. In addition, the choice of the young actors has been made extremely well, so that at the latest in the explosive finale in the direct comparison of young and old you will smile.

Of course Mamma Mia! Here We Go Again is! Here We Go Again sappy and cheesy and absurd and exaggerated. But isn’t that exactly the dream of the colorful soap bubble that you want? The weak points of the film, such as gaps in the plot, silly dialogues or overly elaborate scenes that only exist because some very important song still has to be sung by Cher , are easy to digest when everything else tastes so seductively sweet.