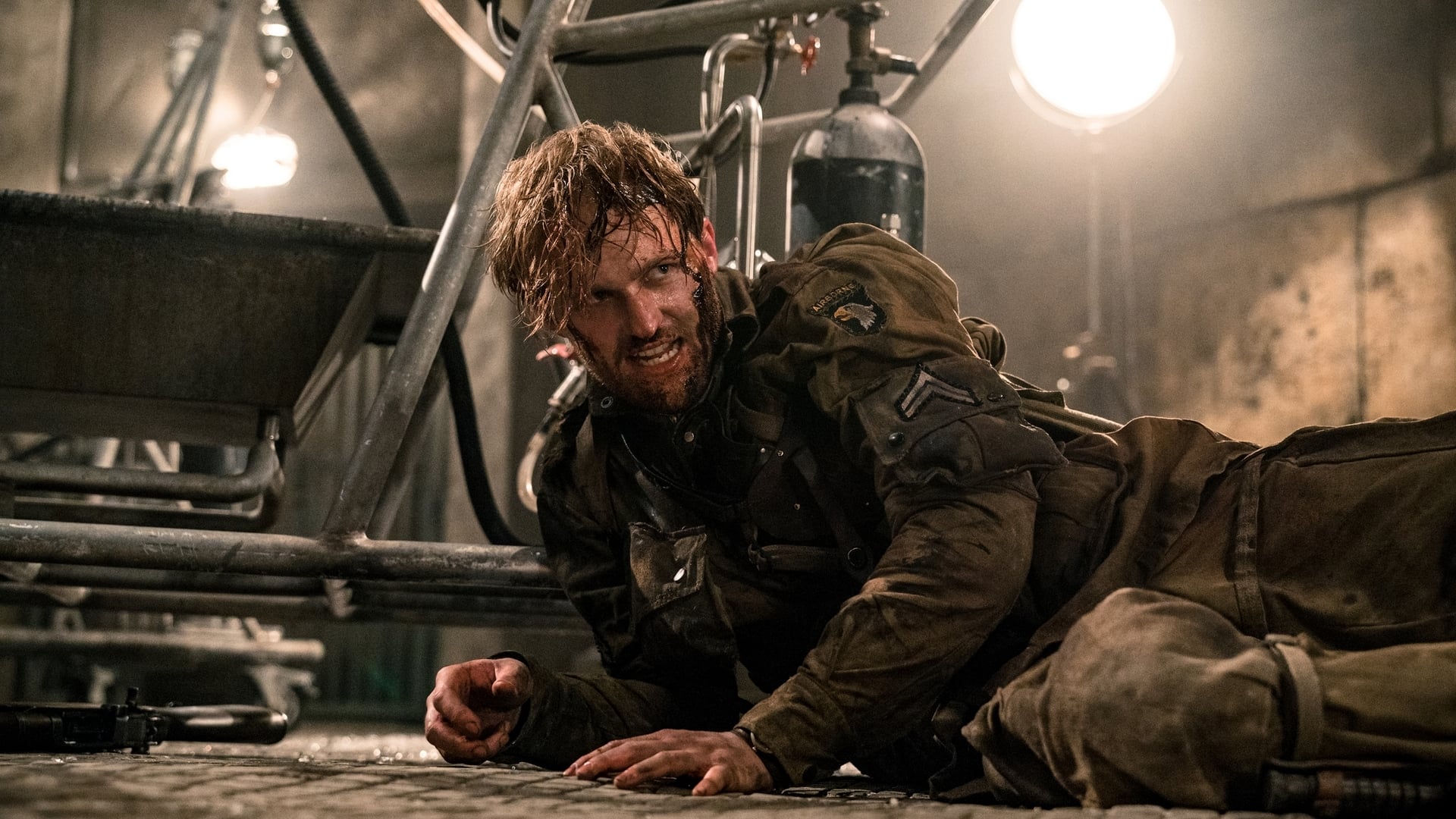 Time is of the essence: When the plane of the North American troop of soldiers was shot down in June 1944, the mission seemed to have failed before it even began. But a few survived, including Boyce (Jovan Adepo) and Ford (Wyatt Russell), and set out to a northern French village to destroy a Nazi radar tower. They get help from the resident Chloe (Mathilde Ollivier), who she hides in her house. But the prospects are still bad. Not only that the severely decimated squad against Dr. Wafner (Pilou Asbæk) and his men have to arrive. It also dawns on them that some very sinister things are going on in the occupied church.

They still exist, the surprises in the horror genre. For Overlord this is doubly true. Not only that the film, contrary to expectations, is not part of the Cloverfield universe – in a horror flick in which JJ Abrams has his finger in the game, an obvious thought. He’s still good too. And you really couldn’t expect that with a film that revealed in advance that Nazis and zombies were lumped together. There were simply too many examples that tried their hand at the combination and, despite the higher trash factor, weren’t much fun, see for example Bunker of the Dead or Trench 11.

Overlord, which premiered at Fantastic Fest 2018, can only be compared with such colleagues to a limited extent, if only because of the budget. The fun shouldn’t have been cheap, especially at the beginning this shoots off one fireworks display after the other. Literally. The introductory sequence about the downed soldiers’ aircraft is one of the most impressive and scary war scenes of recent times, regardless of the story to be told. And even after that, a lot was invested in the optics. Due to the limited setting, it isn’t particularly varied – a large part of the film takes place in Chloe’s house and the cellars in the church. However, a lot has been extracted from this.

The strength of Overlord lies not only in the images, which offer much more than we are used to from this very special area of ​​the horror genre. The film is also much more exciting. Director Julius Avery (Son of a Gun) refrains from overly striking moments of shock and explosive action scenes. Both occur, especially towards the end. Before that, however, he is surprisingly calm. After the bloody prelude, he is satisfied with putting the characters in a threatening, slowly intensifying situation, between intimate play and claustrophobia.

The fact that the story itself and the characters floating around there are not particularly independent quickly becomes a minor matter. You can forgive the film that it is quite predictable, some catastrophes have already been dealt with before they are shown. Because what Overlord lacks in these places is made up for by the dense atmosphere. And the actors, most of them recruited from the second and third row, make a significant contribution to the fact that the mixture is much more coherent than it should actually be.

Pilou Asbæk (Ghost in the Shell, A War), one of Denmark’s biggest export hits at the moment, clearly enjoys playing the sleazy Nazi villain. He is also allowed to show his language skills, which here include German, English and French. In any case, it is pleasant how a Hollywood horror film actually allows foreign languages ​​and uses them in meaningful situations. Because that too contributes to Overlord For a long time it could pass through as a real story, disguised itself as a war film for a long time before the previously only hinted horror elements finally break out. Since the make-up images do just as good a job for the latter as the rest of the team, genre fans can rub their hands and buy a cinema ticket. Because there will hardly be more exciting horror films on the big screen in the last two months of 2018 – where this clearly belongs due to the pictures.

We gather the Overlord movie resource from the internet. You can watch Overlord streaming online here for free, or find the cast or characters or other information of this movie. You don’t need to pay for Netflix or Hulu or HBO, just choose the video source and click to watch Overlord Full movie or trailer.