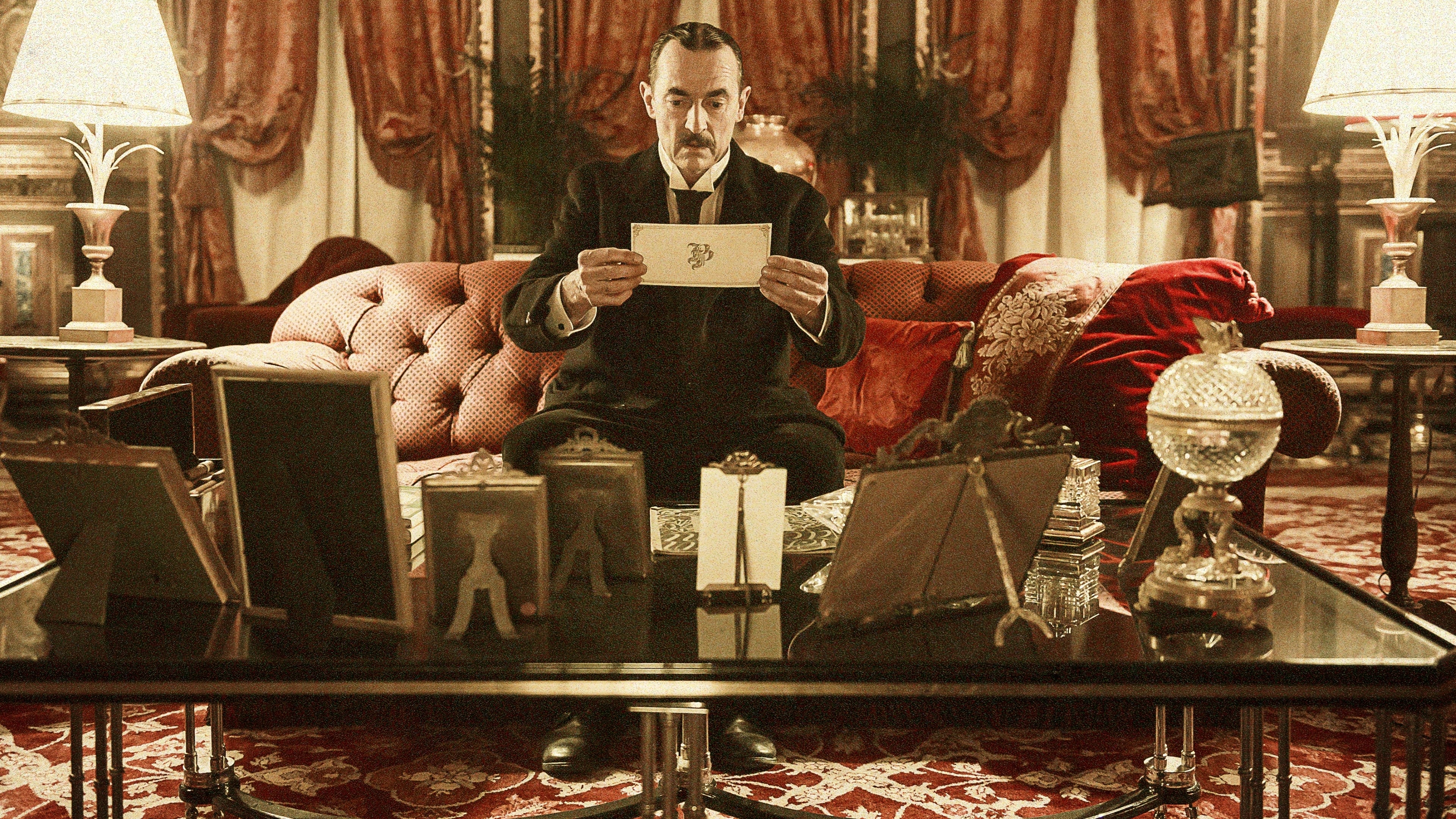 See You Up There

In November 1918, the First World War was almost over. But fierce fighting is still going on everywhere. One of them almost cost the young Édouard Péricourt ( Nahuel Pérez Biscayart ) his life. He’s just getting away with it again, but will have to live without his lower jaw in the future. The seriously injured man will then be brought back to his family. To prevent this, however, his comrade Albert Maillard ( Albert Dupontel ) exchanged his name plaque for that of a deceased at Édouard’s request. Even after the end of the war, the two remained in a lively exchange and one day came up with the idea of ​​stealing a lot of money with the help of Édouard’s talent for drawing.

While the Second World War is seen on film somewhere every few weeks, filmmakers rarely feel inspired by the First. But that’s not the only reason why See You Up There stands out from the crowd of war films. He’s also not that concerned with the war itself. In the end, this is just the starting shot, it is the consequences that are the focus here. It is these consequences, together with an idiosyncratic staging, that make the French production so unusual.

Of course, the story that Pierre Lemaitre wrote is sad, and in the script he worked on. A young man who lacks the lower half of his face and who is so crisscrossed with his father that he would rather be declared dead than see him again, that’s really tough stuff. The See You Up There, honored with numerous Césars, makes no secret of it, shows the bitterness and the pain, shows Édouard’s increasing addiction to morphine as an inevitable consequence of getting from one day to the next.

And yet there is something very playful about See You Up There, often also funny. In its whimsical way, the film is more like the detailed oddities of Jean-Pierre Jeunet ( The fabulous world of Amélie ) than a conventional war drama. The figure of Édouard in particular combines the two components, the tragic and the comic, when he tries to hide his inner demons behind masks. Sometimes it reminds you of The Phantom of the Opera . Instead of burying himself completely, however, Édouard changes his masks depending on the mood, just as others adapt their clothes to the situation.

In its story, the film See You Up There primarily focuses on its two main male characters. Young Louise ( Heloïse Balster ), a girl with whom Édouard will befriend, is also allowed to contribute a little. The rest of the figures, on the other hand, are pure decor, albeit worth seeing: Laurent Lafitte ( mom versus dad ) in particular is a lot of fun in his undifferentiated role as a selfish, ice-cold lieutenant who sends people to certain death in order to dust off medals and fame.

That is then one of the recurring themes of the French blockbuster: playing with an external facade and internal abysses. See You Up There follows the whole spectrum again, from the mischievous trickery that cashes in with sadness to the deep-seated wounds that lure the film into emotional depth even in the grotesque moments. You don’t really know what all this is about, the tragic comedy lurches towards its late end. But there is so much to see, so much to laugh and cry about, that a regular German cinema release would be desirable for the magnificently equipped history lesson. So far, unfortunately, no local distributor has been found for it, it only appears at film festivals every now and then.