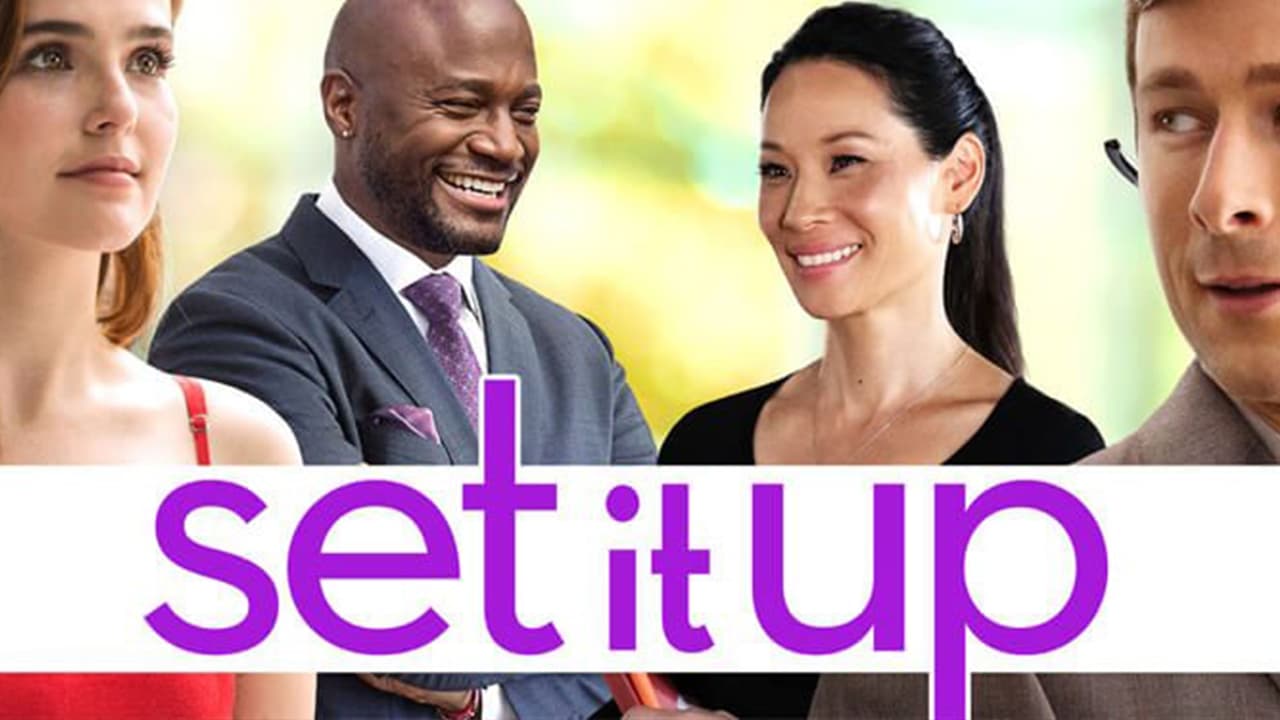 The first meeting of Harper ( Zoey Deutch ) and Charlie ( Glen Powell ) could hardly have been worse than they got into each other’s hair at a delivery service. The two have something in common. Not only do they work as assistants in the same building. You’re pretty unhappy about it too. Which is mainly due to their respective bosses: Kirsten ( Lucy Liu ) and Rick ( Taye Diggs) are eager to work, demand the most unworthy activities of their subordinates, there is no praise. But maybe something could be done about it. So Harper and Charlie forge the plan to couple the unloved tyrants together so that they have something else on their minds than work. That works surprisingly well, but it also has unexpected consequences for you.

You can hardly blame Netflix for it . While the streaming service produces tons of titles, in a remarkable variety and number, in order to be able to offer something to every taste, the less ambitious romances often turn out to be popular hits. The Kissing Booth, for example, became one of the most viewed titles of the year, and A Christmas Prince was one of the big winners in 2017 . And so hardly a week goes by without some love comedy being released, always in the hope of landing the next hit.

Whether Set It Up will be the next example of this success story is yet to be seen. At least the ingredients are there. Even more, they are even double, after all, two love stories are told here in parallel. One arranged by the employees who long for a quieter life. The other one is actually unplanned because Harper and Charlie initially have nothing for each other. The fact that this will not stay that way for long should surprise at most the two themselves. The rest of you pretty much know what to expect here.

It’s also a bit sobering how little scriptwriter Katie Silberman gets out of this stuff. Set It Up is strongest at the beginning. If the two involuntary lovebirds first quarrel with each other and then with their superiors, then one or the other strange moment results. And the couple’s attempts at dome are sometimes quite amusing in their mixture of absurdity and clumsy audacity. Harper and Charlie don’t even try to go to work with sophistication and creativity. If Kirsten and Rick just force them to spend time together, then it will be fine – they assume.

And of course Set It Up rewards its protagonists for that too. Nobody cares that neither of the two tyrants develops a real personality, not even themselves. They fall in love because the script and expectations dictate it, not because it would result from the story. The same applies to the also obligatory turbulence that arises out of nowhere to drive the plot forward.

If the romantic comedy weren’t so purposefully harmless and completely devoid of ambitions, you might get annoyed about how little Set It Up cares about its protagonists and the scenario. But it shouldn’t be more than fast food to stay. As such, this is at least useful here, which is primarily related to the cast. Zoey Deutch and Glen Powell, who previously appeared on Everybody Wants Some !! Standing in front of the camera are quite charming as a combination, be it in small disputes or an acrobatic act at night. If you don’t expect anything more from a film than beautiful young people falling in love with each other, you won’t go wrong. The rest can safely ignore this without missing out on anything relevant.

We gather the Set It Up movie resource from the internet. You can watch Set It Up streaming online here for free, or find the cast or characters or other information of this movie. You don’t need to pay for Netflix or Hulu or HBO, just choose the video source and click to watch Set It Up Full movie or trailer.