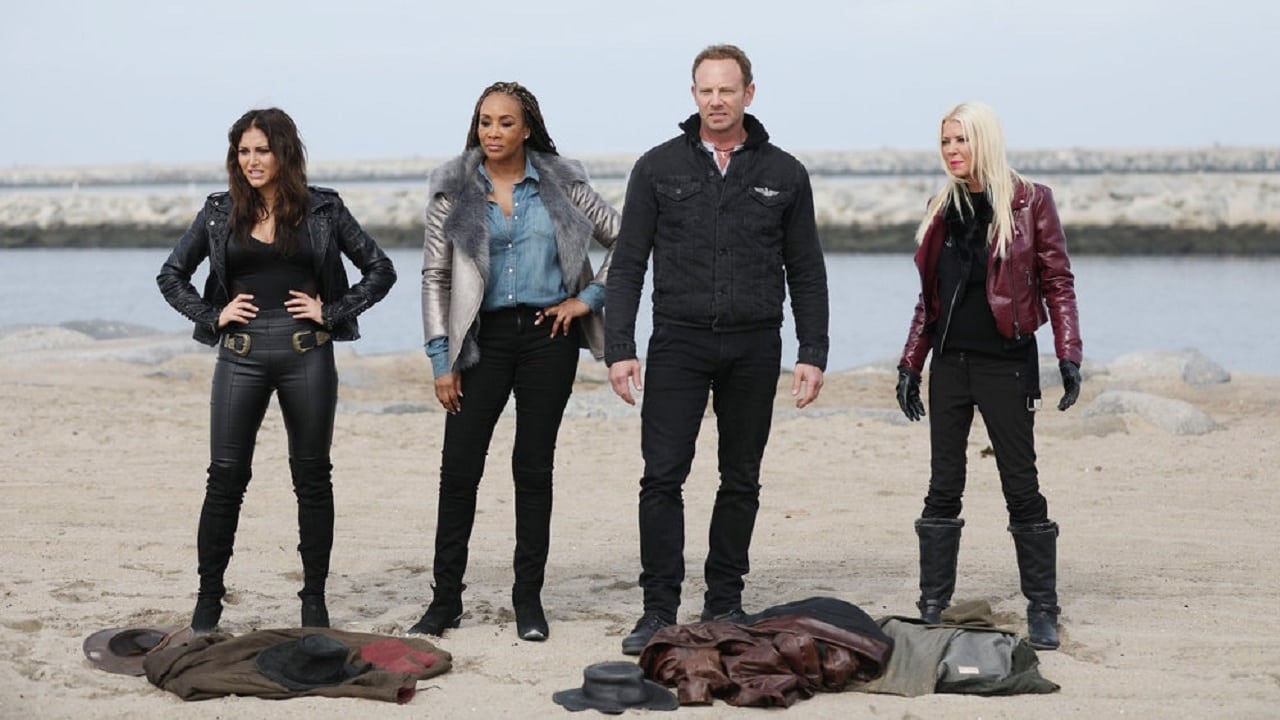 Fin Shephard (Ian Ziering) has finally had enough of these Sharknados. His family was affected, his wife April (Tara Reid) is just a robot and the world is broken. That’s why he travels back in time using a small time machine to prevent the first Sharknado. The good man lands in the dinosaur era, where not only powerful creatures live, but also his dead friends and his (living and * cough * natural) wife. Together they face the danger and have to realize that the Sharknados are drawing a trail of destruction through world history.

Exclusively for the most fans of the saga, who will enjoy it enormously. The rest, whoever intends to join the sixth and last installment of the most insane shark saga in history, may be late, on foot changed and without having the remotest idea of ​​what is going to be found. Those, those few, may be stunned by the absurd humor and atrocities that they are going to see on the big screen. The rest, those who have been following the adventures of Finn Shepard, his family and his friends for five films, will have here the end of a franchise that has accompanied us for six years every summer, and to which, sadly, we have to say goodbye.

It is not the coolest or the funniest of the six installments. It is not the most groundbreaking, nor the most absurd, and it shows. The saga even with all that it entails of absurd, ridiculous and stupid humor, suffers a considerable exhaustion and no longer gave more of itself. It is time to let her rest or say goodbye forever. Without regret and without grief, but it is time to say goodbye to Sharknado before in any installment, we do not directly feel like turning on the TV to see a new installment. What we find here is a good and fun farewell, which includes a topic that until now had not covered much in the saga, time travel. And boy does she take advantage of them.

What takes years to go through in other sagas, or in series, is shown here in 90 minutes. From the time of the dinosaurs to the court of Arthur, from there to the American Revolution, the Wild West or California of a few decades ago, whatever it takes to carry the adventure forward. Although the least thing is the adventure itself, and the important thing is the laughter that the impossible moments produce (almost all of them), the imposted and implausible drama written in the worst possible way and interpreted as if it were a joke, the special effects of balance and incompetent management to the brim. That is, the hallmarks of Asylum that have had their greatest exponent in Sharknado.

Although it is difficult to say goodbye, it is time. To give you an idea of ​​why, although there is a Tori Spelling cameo very well used, there is another one by Chris Owen (Sherminator in the American Pie saga of which Tara Reid is part) that nobody takes advantage of. Nobody uses it, as if it were the most normal thing in the world. A small error, which shows that not everything is in place already. But along the way we have 90 minutes of absolute madness, of moviegoers and seriéfiles jokes with coarse salt, of chainsaws, of sharks in a tornado and of not caring for absolutely nothing more than to make the spectator laugh. You have to be very good to do it so badly on purpose and that it always works.