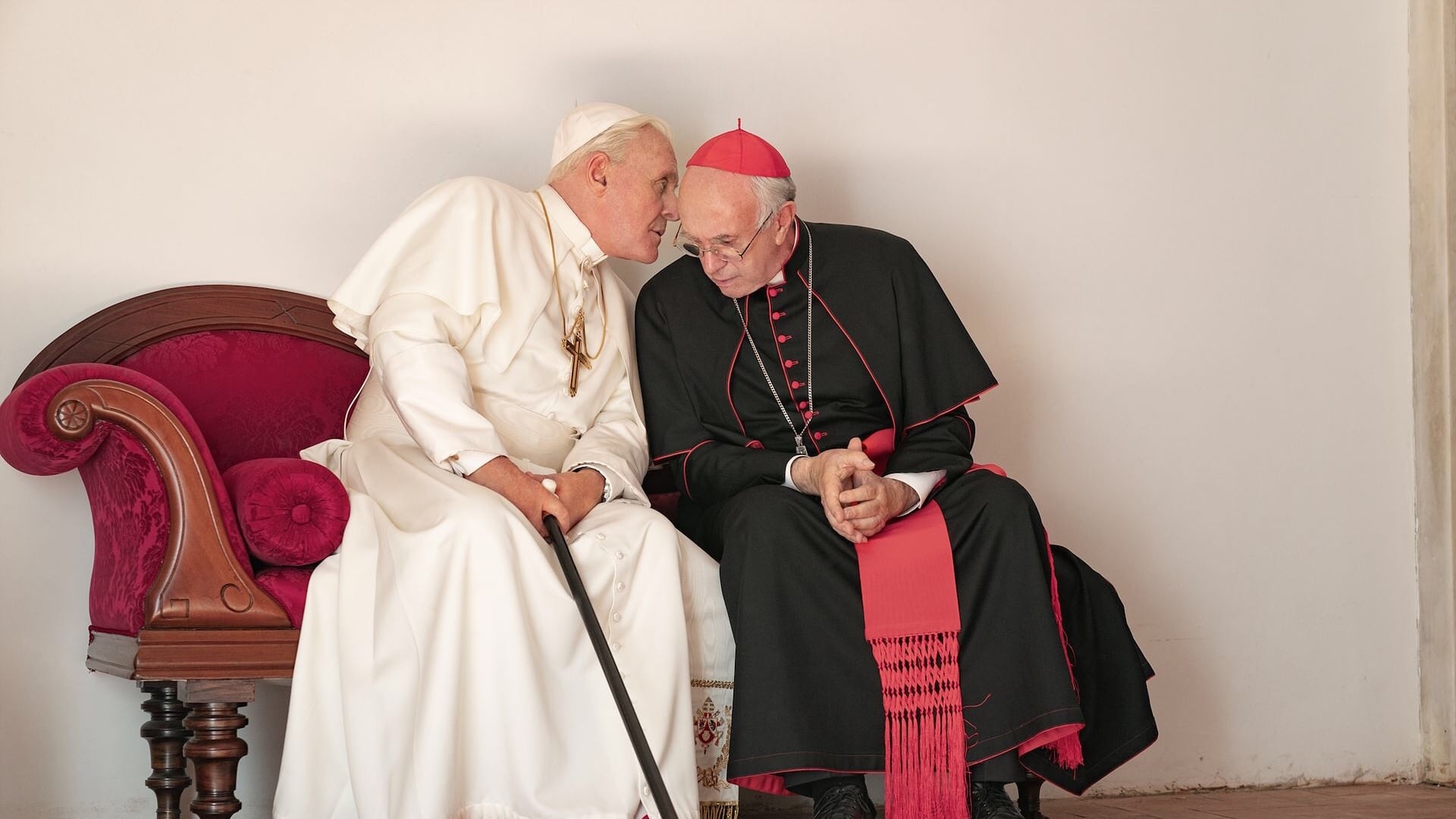 After the death of Pope John Paul II and the election as new pontiff of German Cardinal Joseph Ratzinger (Anthony Hopkins) with the name of Benedict XVI, Argentine Cardinal Jorge Mario Bergoglio (Jonathan Pryce) considers resigning from the Archbishopric of Buenos Aires. In a context of scandals, Benedict XVI calls Bergoblio to the summer residence of the papacy. It is the beginning of a relationship between two religious with different concepts about the future of the Catholic Church.

“The Two Popes” is a film that spells out about the meeting and possible relationship between Joseph Ratzinger and Jorge Mario Bergoglio, Fernando Meirelles centering the story on the contrast of personalities and on the difference that both seem to have on the understanding of religion.

The beginning of the film is narrated with great style, the ceremonies, the pageantry of the Vatican, with zenith shots, close-ups, traveling shots, wide angle… The spaces are portrayed very well.
He intersperses realistic documentary images with other intimate ones, achieving veracity in what he exposes. He introduces the protagonists well into an interpretive duel between two terrific actors, Anthony Hopkins, as a measured Ratzinger, and a phenomenal Jonathan Pryce blending in with the character, achieving a striking physical and expressive resemblance to Bergoglio.

Subsequently, flashbacks are interspersed, each time longer, on the life of the Argentine religious from his adolescence to the present, narrated almost as a panegyric. These flashbacks unnecessarily lengthen the film and disconnect from the most interesting of it, which are the kind encounters and misunderstandings of the protagonists’ personalities, the dialogues of maturity and wisdom, theological and human questions, with doses of tenderness that transform what that it could be a train wreck with an appeal of fine irony.

Another shocking aspect of the film is that, within its uncritical exposition, the script clearly stands next to Bergoglio, spending more time getting to know him, tracing his past with a certain demagoguery, justifying his position during the Argentine dictatorship. The film does not penetrate in the same way in Ratzinger, prejudiced by the media in a superficial way and located in the film as a witness and endorsement of the rise to Catholic power of his counterpoint.