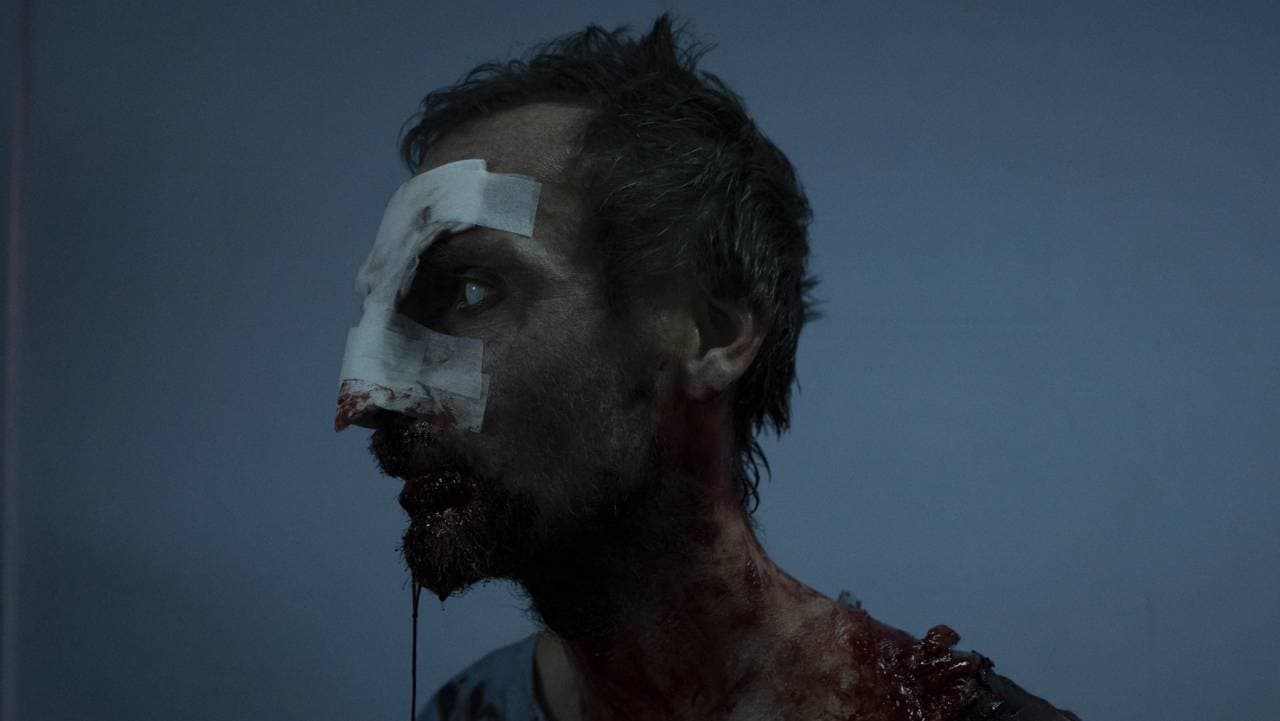 Constantly bothered by men because of her expansive bust size, young Alison wants to have her breasts reduced in a beauty clinic somewhere in Eastern Europe. If the initial situation is the immense secondary sexual characteristics of women, in a film that wants to be a zombie comedy, then one rightly expects that said objects of male desire should play an ‘important’ role, especially in the showdown. And they don’t do that. This is of course a lot spoiled, but it is precisely this ignorance of the actually indispensable element that reflects the complete dilemma of YUMMY. Even though it’s the first major Belgian zombie film, that doesn’t necessarily make it a good film. And by a comedy, many people understand something else.

Shortly after arriving at the dubious clinic, the peculiarities increase. There seem to be no hygiene standards, nobody behaves like professional hospital staff, and Alison’s friend Michael finds a very biting woman in an abandoned wing, whom he shouldn’t have freed. What follows now doesn’t take much guesswork. From then on, all patients, nurses and doctors behave much stranger than the clinic itself. The number of zombies is increasing rapidly, as is the stupidity of the hunted. YUMMY absolutely also wants to be a comedy, and so everyone who is still alive behaves as if they were still school-age. Instead of just going outside, because actually undisturbed, you run haphazardly through the never-ending corridors of the clinic.

The puns seem stale and old, and you can never tell whether the humor is intentional or unintentional. But that is primarily due to the entire ensemble, which plays its way through every scene as if it were half-heartedly rehearsed school performances. Cinematographer Daan Nieuwenhuijs tried to find his own style, which unfortunately only consists of lighting every setting with blue and / or orange. And director Lars Damoiseaux is right in the middle and can’t find a real rhythm. Once the zombies are on their way, the film moves from one situation to the next, routinely repeating it. An increase in the splatter content is just as little noticeable as an increase in the tension curve. Even if YUMMY almost completely renounces supposed humor in the second half,

Of course there are also one or the other joke that really works. There is the amphibian soaked in formaldehyde, which becomes active again after a few drops of infected blood. Or the grotesque situation with the result of a penis enlargement. This is where the film reaches its taste limits, which unfortunately makes it all too clear that the makers just lacked the courage to be really provocative and original. The absurd mix of language also shows some potential. The various protagonists speak unsynchronized in Dutch, English and a language invented especially for the film, which is based on various Eastern European languages.

But the splatter and gore hounds will be really happy. The bloody spectacle is immense and spoils horror fans with excellent handcrafted effects. But as powerful and brilliant as the trick specialists put themselves into the muddle, the high-speed staging from the beginning already challenges you to get fed up quickly. There are no real surprises or excesses in the further course. Basically, YUMMY cannot be denied its entertainment value, not within the framework it has set for itself. But there are far more exciting zombie films, and there are much better zombie comedies. The question remains, what other original features Alison’s bust would have contributed to it.

You can watch Yummy streaming online here, or find the cast or characters or other information of this movie. The Yummy movie streaming is free here and you don’t need to pay for Netflix, just choose the video source and click to watch Yummy full movie.